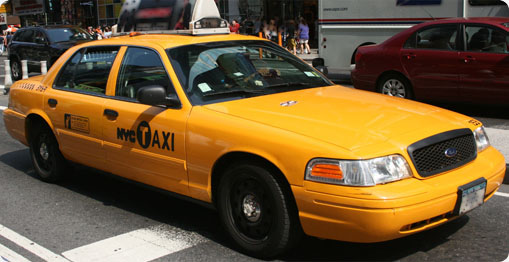 Posted at 13:20h in Driver App by Fareed Baloch
Share

New York city council has dealt a blow to Uber and other app-based private hire vehicles buy approving an industry-wide cap of one year on new licenses.

The move, designed to halt the increase in the number of drivers in the city whilst an industry review takes place, has been further strengthened by the legislature giving the Taxi and Limousine Commission authority to set minimum pay standards for drivers.

The city’s regulators will look into the economic and environmental effect of the technology whilst excluding wheelchair accessible vehicles from the cap.

Prior to the vote being taken, Lyft, Uber and Via had tried to sway legislators to vote against the measure with plans for a scheme to pay off drivers who do not earn enough to live on in a move which was described as a bid to allow the app based companies to operate a monopoly in the City.

It is an important step in particular for drivers who have seen their wages drop since the gig economy moved in on the taxi and private hire industry. Three years ago the council voted against a similar proposal by Mayor Bill de Blasio after Uber mounted a campaign using television ads and mobilised drivers and customers to oppose it. But this time, despite similar attempts to stop the cap, including the offer of a multi million dollar fund for drivers who become unemployed, the controversial ride hailing company and its competitions Lyft, failed.

Fareed Baloch of zoom.taxi said the move was “a positive step forward for the long term health of the industry in New York” and urged UK authorities to do the same.

“Uber, Lyft and Via offered paracetamol to the drivers in New York to try to stop legislators addressing the underlying disease of unfair competition and an uneven playing field.

“If you allow an over supply in the market then of course wages will fall and taxi and private hire driving as a profession no longer becomes viable. Instead, it becomes another minimum wage industry with a race to the bottom on standards where only the financiers of these large companies benefit.”

The Taxi and Limousine Commission have said that app-based licenses have increased from 12,600 to more than 80,000 which has had a downward pressure on wages.

In a City Hall news conference the Council’s Speaker Corey Johnson said it was about “supporting and uplifting drivers.”

“We are not taking away any service that is currently being offered to customers,” he said.

As well as the pressure on drivers, which has been linked to six suicides since November 2017, the Council said they also wanted to tackle increased congestion in Manhattan.

Cab drivers who possess the ‘medallion’ for operating in the City used to plan for retirement by selling the medallion on, but now the money this raises is insufficient to fund old age. Hundreds of cab owners say they cannot now afford to pay car leases or for the license medallions.

According to an industry study by New School’s Centre for New York City Affairs, about 85 per cent of drivers for app-based companies earn less than $17.18 an hour.