2020 was a very difficult year for our industry, and it ended with the introduction of the Robo-Taxi: Zoox: an autonomous vehicle company owned by Amazon. 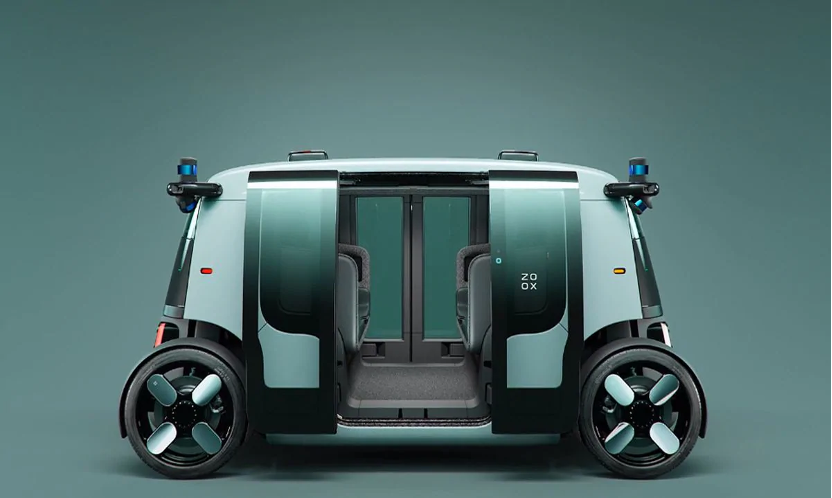 2020 was a very difficult year for our industry, and it ended with the introduction of the Robo-Taxi: Zoox: an autonomous vehicle company owned by Amazon.

This car is very different from other past Robo-cars that have been introduced. Before, Zoox, AutoX — the Chinese startup based in Hong Kong is on a mission to empower the world with AI (artificial intelligence). The Chinese Transport Government permitted the test driving in Shanghai. There are 100 Robo taxis by AutoX for the performance.

Just like AutoX most of the Robo-cars have a backup of the manual driving option, in case something goes wrong manual situation can be handled.

Zoox is different in all scenarios, They’ve removed the wheel and pedal, saying these features are unnecessary when there is no human driver. Zoox’s vehicle seats four, with passengers facing each other to make conversation easier. The doors on Zoox’s vehicle slide open, similar to the Origin from Cruise, the self-driving arm of GM.

For safety, it has airbags that can form a cocoon around individual passengers. The Zoox car is capable of speeds of up to 75 miles per hour with an electric battery that lasts 16 hours which means, It has an unusually large battery — 133kWh — roughly twice the size of many electric vehicles sold today.

The chief executive of Zoox- Aicha Evans told the news sources that passengers would have to download an app for booking rides on Zoox’s Robo-car, which would pick them up and take them to their destination. Further, she added: “First, we are going to move people around that is where the demand is. But yes, if we can move people at some point we could move packages.”

Zoox’s team hasn’t decided on the launch date yet but they are testing it on their roads. Amazon’s acquisition of Zoox hailed its entry into the space of the driverless car, putting it into competition with Silicon Valley, Google’s Waymo, AutoX, and many more.

Will the public take to them, time will tell, but at the moment these industry giants believe in these revolutionary driverless cars.