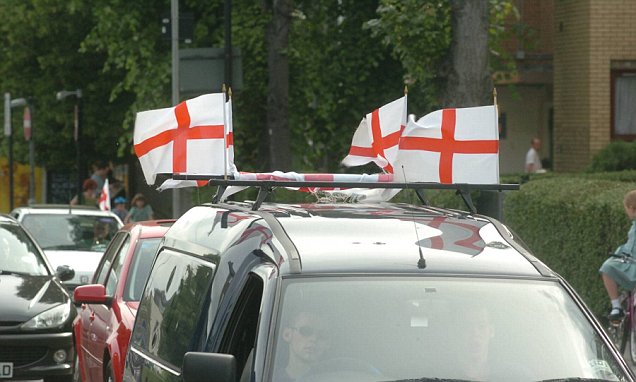 Posted at 12:06h in News by Fareed Baloch
Share

Drivers in Barrow in Furness have been told displaying the flag of St George during the World Cup will be “a distraction”.

The move comes after Royal Mail banned its 125,000 delivery workers from displaying flags cheering on the national team in the tournament, saying it was for health and safety reasons.

Barrow Borough Council public protection manager Graham Barker has said the flags were banned because they could distract drivers of other vehicles.

Those that do not obey have been told they could be punished by the council’s licensing committee, who issue the licenses which allow drivers to be registered as taxi and private hire drivers.

“We don’t want taxis with clip-on flags or internal flags. It’s not allowed. It may well distract drivers of other vehicles,” said Mr Barker.

“If regulations are contravened, we would contact the company to enforce them. A complaint would be passed to the licensing committee for a hearing.”

But a driver at a local private hire company, City-Lynx Taxis said it was “disappointing”. “Flying flags is showing patriotism,” they said.

Fareed Baloch from Zoom.taxi said he thought the ban was “unnecessary, foolish and not in the spirit of the World Cup.”

“Drivers do this for a living: they are unlikely to get distracted by a small piece of material when they spend their days with their eyes on the road getting people safely from A to B,” he said.

“And this ban doesn’t stop private drivers from displaying national symbols so I cannot see what the point is despite the council employing total killjoys.

This is not the first time local authorities have tried to crack down on people displaying flags and other symbols supporting the England football team.

During World Cup 2006, taxi drivers in Ashfield, Nottinghamshire, were banned from flying flags from their passenger windows over fears the flags could hit passengers in the eye or fall off and hit someone. Cheltenham Borough Council also initially banned drivers from flying flags but backed down over a public outcry.

And in 2004 taxi drivers in Rochdale and Bury, Greater Manchester, were warned they could lose their licence if they were seen displaying a flag.

A spokesman for the National Private Hire Association said today that the only way for drivers to get around a ban would be to take the council to court over the interpretation of licensing conditions, but this would be too expensive.

Royal Mail bosses claimed flags and stickers could blow off and become ‘hazards’ but the move was branded “bonkers” by staff.