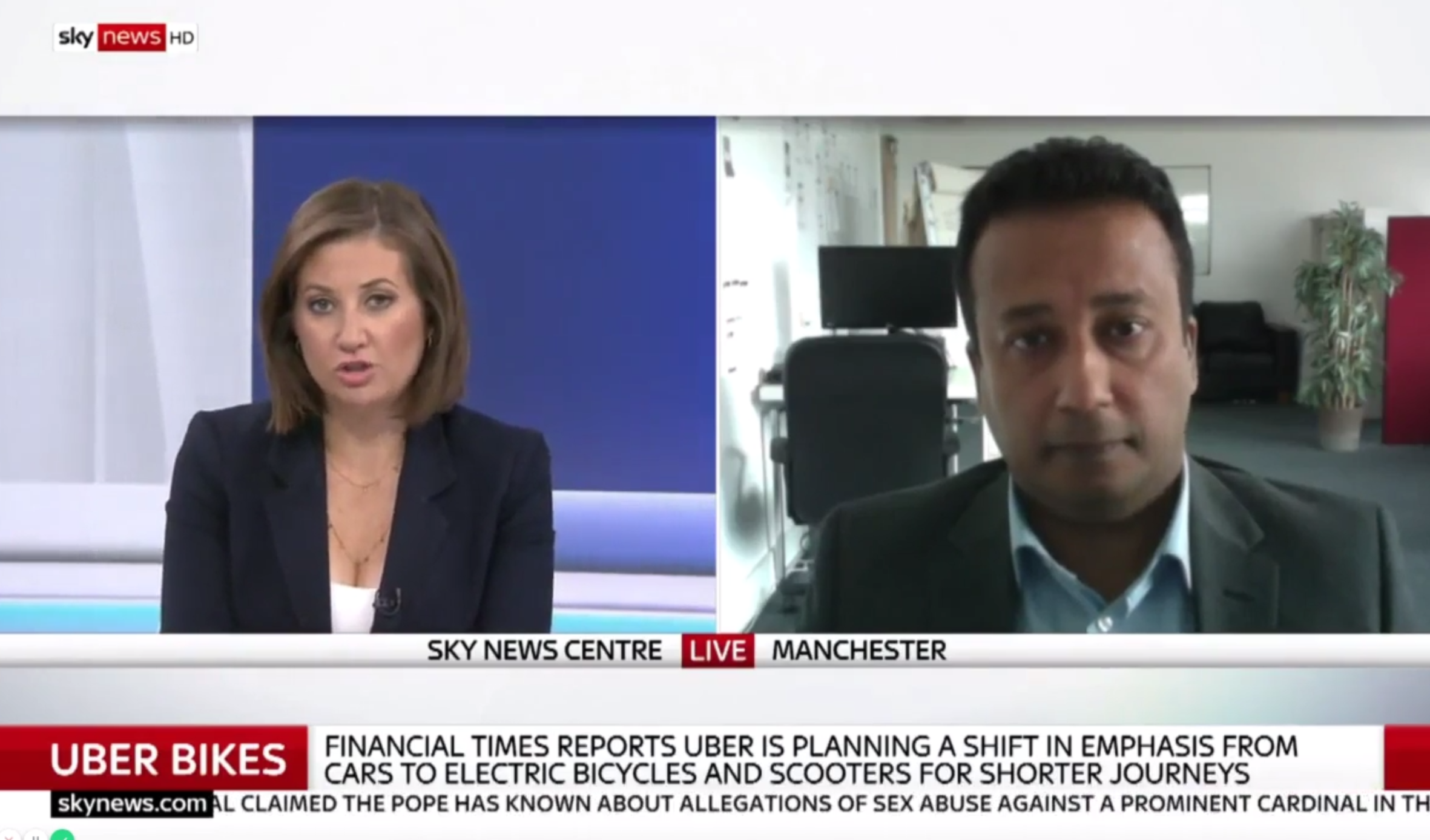 28 Aug Uber’s shift to scooters “will not be successful” says Zoom.

Posted at 12:01h in Driver App by Fareed Baloch
Share

Uber’s chief executive has said it will switch its focus from taxis to electric bikes and scooters in order to grow its global business.

The app has said it will promote the different methods of transport which can work better in inner cities, with Dara Khosrowshahi telling the Financial Times (paywall) that whilst the move would cost Uber in the short term, in the long term it would be better for cities, users and the company.

“During rush-hour, it is very inefficient for a one-ton hulk of metal to take one person 10 blocks,” he said.

Uber has added e-bikes to its app in some US cities and spent about another $200m to buy the bike-sharing firm Jump earlier this year. It has also invested in the electric scooter firm Lime.

Speaking to Sky News, Zoom.taxi’s chief operating officer Fareed Baloch said he did not think the move would be hugely successful for the company.

“I believe they will face quite a few challenges pushing this forward,” he added. “We have seen the example in the past of Segway, where they came up with the ambition to replace cars the way cars replaced horses but that failed because people didn’t feel safe using that kind of product. So I have doubts that this move will work for them – but of course they are experimenting. Eventually it’s the market that decides.”

With the average taxi journey about three miles inside a city, Uber’s argument is that it is easier to jump on a scooter than sit in a traffic jam.

But Mr Baloch pointed out that first of all, city regulations would require all passengers to wear a helmet which may not be provided by the company and thus would be a large barrier to entry into the market.

“The younger generation are happier to walk because they think that is healthier rather than get a scooter to do a short journey. I think it is in line with their idea of a healthy lifestyle which is going to be a big challenge for Uber.”

Responding to questions from the presenter that all transport firms’ biggest competition is from car ownership, Mr Baloch said that in his many years’ experience of working in the industry there had not been a significant knock on effect of increased transport for hire and lower car ownership.

“Very few people use Uber the way Uber initially wanted because they thought they could conquer the industry and all the small local players would be out of the market – which didn’t happen.

“Most of the drivers for Uber work for the local companies and when we talk to them they say they don’t think they are getting paid more working for Uber than working with their local private hire company. In fact, they are working more but getting paid less which is one of the reasons why we haven’t seen all of the local operators being pushed out of the market.”