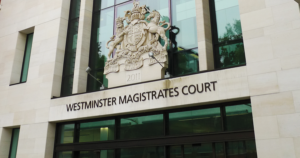 The UK boss of Uber has said that Transport for London “was correct” in questioning whether it was a fit and proper company.

In the hearing at Westminster Magistrates Court Tom Elvidge, Uber’s general manager in the UK, said he agreed “that Uber London Limited (ULL) and Uber generally was undergoing a period of significant change and, in light of what was available to TfL given the mistakes that ULL made, I absolutely accept that decision in September.”

The hearing, which is scheduled to conclude today, aims at overturning the decision of TfL in order to get its London license restored.

The decision last September to strip the company of its operating license was made on the grounds of public safety and security.

Concerns included Uber’s approach to reporting serious criminal offences, how drivers’ medical certificates were obtained, how criminal record checks were carried out and its use of technology which allegedly helped it evade law enforcement officials.

But Martin Chamberlain QC, representing TfL, accused Uber of lacking transparency and of “drip feeding incriminating information to its regulator only when it’s squeezed out”.

Mr Elvidge accepted some of the concerns made by the regulator in the Capital and lawyers argued the company had “grown up” since last year’s decision saying there had been “wholesale change”.

Changes made by Uber include a ‘panic button’ providing 24/7 telephone support and what it says is the proactive reporting of serious incidents to the police. It has also changed its senior management and embarked on a serious PR campaign which includes acknowledging and apologising for mistakes.

Uber’s lawyer, Tom de la Mare cited three TfL inspections, saying they had showed a “perfect record of compliance” and “change of a business that grew very fast to one that has grown up.”

There is huge interest in this case, particularly for investors which include BlackRock, a company which former Chancellor George Osborne is paid £650,000 for working 48 days a year, and Goldman Sachs. It is valued at more than $70 billion (52.70 billion pounds) but ha faced protests, bans and restrictions around the world as it challenges traditional taxi operators, angering some unions.

Chief Operating Officer of zoom.taxi Fareed Baloch agreed that Uber have made some changes including maximum shift hours for drivers but said that within the industry there was still a concern at its attitude towards drivers’ working conditions.

“Speaking to some Uber drivers last week, every single one of them mentioned leaving Uber and going back to local private hire companies.

“They complained that Uber has taken too many drivers onboard, but failed to increase the number of jobs. This means the drivers are ending up working more and earning less.

“Most of them already work for local company and only switch to Uber app when surcharge fare kicks in.”

Chief magistrate Emma Arbuthnot will decide whether Uber is “fit and proper” to hold an operator licence in London now, rather than whether TfL’s decision was correct in September. She has indicated the 18 month provisional license requested by Uber is “too long” for her to grant.

If the company is unhappy at the decision made by the court they could turn to higher courts to get the response they desire.