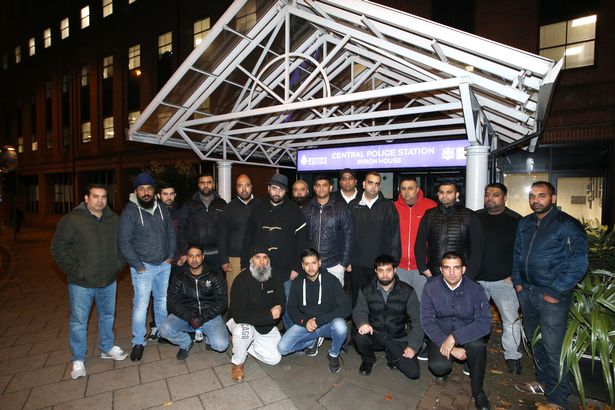 06 Sep Taxi trade ‘down by 40 percent’ in Nottingham

Posted at 15:23h in Driver App by Fareed Baloch
Share

Nottingham City Council have suspended drivers for bad behaviour as figures suggest the taxi trade has fallen 40 per cent in one year.

Taxi drivers have racked up nearly 700 penalty points and one driver has lost his license as part of a controversial scheme to cut bad behaviour out of the industry, the Nottingham Post reports.

But drivers are calling on the council to be more lenient and say they are picking up points for misdemeanours like taking longer than allowed for dropping passengers off.

The points can also be issued for parking in bus stops, on double yellow lines and switching off their meter.

Drivers can receive up to 12 points over a rolling three year period and over that, their license can be suspended.

The aim of the scheme was to improve overall driver behaviour, customer service and passenger safety.

Private Hire Drivers in Nottingham were against the scheme when it started, concerned there were not enough places to pick up or drop off customers.

Chander Sood, 59, acting chair of Unite, which represents more than 100 Hackney taxi drivers, said that drivers had become “easy targets” and there is “less space to park” in the ranks.

Fareed Baloch of Zoom.taxi said “the City Council has a responsibility to ensure that private hire drivers have the requirements to be able to operate in the area. Private Hire drivers provide an important part of any city’s transport system particularly for less abled passengers and the night time economy.

“It is the responsibility of the council to ensure that there are the facilities for drivers to be able to pick up and drop off passengers safely without incurring points.”

Mr Sood added he believed drivers have also received a significant drop in income; a pattern which has been seen across the country. He said drivers who were making £250 to £300 a week now warn between £100 and £120, blaming private hire drivers who are illegally ‘plying for hire’ on the streets at night.

“The night work is dying out so more hackney drivers are coming out in the morning. There are two reasons for this,” he claimed; “plying for hire which is carried out by the private hires is not under control and people are not coming out into the city so much,” he said.

But Mr Baloch said that “The majority of private hire drivers do not break the law and ply for hire. The main reason we see for a drop in income is the increase in ride hailing firms like Uber, flooding the market whilst unscrupulous authorities have a ‘race to the bottom’ to issue and charge for licenses without proper tests.”

“If New York are confident that the drop in income can be linked to ride hailing apps then I can’t imagine that Nottingham drivers’ drop in income is not affected in the same way: blaming drivers for breaking the law without proof is not going to get us anywhere.”

Javeed Akthar, senior manager for Nottingham Cars, which represents 400 private hire drivers, said: “The penalty point system is a good idea and it does keep drivers on their toes.

“But some of them are being targeted too harshly and CPOs are not giving them enough time to drop off. If you have got an elderly passenger who wants to be dropped off on Parliament Street and has luggage in the boot, what does the driver do?

“He has to park somewhere and he needs some time. They need to be lenient. It is affecting trade because drivers can be potentially suspended after 12 points.”

A Nottingham City Council spokesman said: “The Driver Improvement Penalty Points Scheme (DIPPS) was introduced on April 1, 2017 with the aim of improving overall driver compliance with legislation and licence conditions in order to secure improvements in driver behaviour, customer service and passenger safety.”