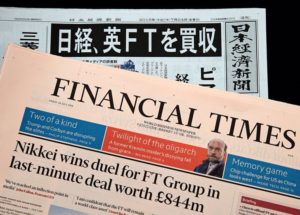 02 Aug Letter to the Editor: Minicabs have no problem embracing technology

Posted at 11:43h in Driver App by Fareed Baloch
Share

Matthew Vincent is right to say that taking legal action against companies for being more competitive is wrong and unlikely to succeed in a court of law, since no law has been broken.

But for those of us with knowledge of the Private Hire industry, it is not the competition which is the problem, but the loopholes being exploited by Uber which has been the real problem for drivers and small companies.

Does the answer to this lie in the courts? No. It lies in the Houses of Parliament who have the power to change the 2015 Deregulation Act to stop this ‘race to the bottom’ by licensing authorities, the most prolific being Wolverhampton City Council.

Minicabs, as most people know them as, have no problem with embracing technology. The problem came about with the high development costs – although this is something which has now been addressed. What they have a problem with is preferential treatment by government organisations like TfL who, despite the high profile court case are bringing in new operator costs which will see smaller private hire firms priced out of the market whilst an Uber driver gets his license for a fraction of the cost, and tax loopholes.

Competition is good: the model of ‘perfect competition’ is what we are all supposed to be striving for. But it is not perfect, nor even competition, which we will have if Uber manages to dominate the market using what some might call a predatory pricing model. It is a monopoly. And in a monopoly, it is not the consumer who wins.