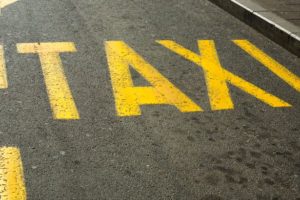 Posted at 13:09h in Driver App by Fareed Baloch
Share

Leicester taxi and private hire drivers have called on the council to stop drivers with licenses issued from other areas picking up fares in the city.

The drivers say more lenient rules for getting a license in other areas – something Zoom flagged up over a year ago – has resulted in drivers applying elsewhere but working in the city.

And once again it is Wolverhampton where the problem seems to be coming from.

Ranjit Chahla, manager of ABC Taxis, told the Leicester Mercury, “I’m regularly approached by drivers that have plates from out of the city asking if we’ll take them on.

“Since I took over in May there’s been at least one driver a month coming to me with a Wolverhampton licence but we have a policy here that we only take drivers with plates from Leicester or Oadby.

“There are drivers from other areas too but it is mainly Wolverhampton. The rules there are more lenient there so you can register older cars and there’s not a long wait either.

“In the city there is a waiting list but the wait means that the people working in Leicester have been approved and gone through the right checks.

“The rules in Leicester are strict but that means passengers are safe and that’s important to us.”

Fareed Baloch from Zoom.taxi said the problem of drivers crossing borders “needs to be dealt with fundamentally at a national level with standards set by government rather than this ‘race to the bottom’ we have seen with some authorities.”

“Councils certainly have a part to play in providing information to residents on the criteria they require before they issue a license and there is nothing stopping an information campaign showing the differences in what one council requires compared to a neighbouring licensing body which may not require enhanced DBS checks or counter terrorism and CSE training.

“I think the majority of people think there are nationwide standards so they can alert passengers to any potential discrepancies.”

Drivers say that Leicester City Council demand that cars can be no older than five when they are registered. In comparison, cars in Wolverhampton being registered for the first time can be up to twelve years old.

Ranjit added: “With the Wolverhampton licensed drivers coming into the city we have a situation where they can drive into the city and pick up fares on Friday and Saturday nights and that’s stopping us from picking people up.

“The problem is people don’t know what plates mean what and with Uber now some taxis don’t even have lights on the top.”

Mohammed Patel, a black cab driver, said it was common to find drivers from outside the City working at weekends who did not know where they were going.

“They don’t follow any rules and because they’re licensed out of the area there’s nothing anyone can do,” he said.

“Passengers don’t know where their driver is from, they think if they’re getting in a taxi in Leicester then that taxi is from Leicester but that’s not always the case.

“The council have wardens keeping an eye on us but they can’t do anything about the drivers that are licensed elsewhere.”

Baloch added that passengers using a company specific app to hail a ride had much greater access to information regarding their driver than someone just using Uber.

“Your Uber driver could be someone who follows all the rules, drives an immaculately safe car and only works in the area where his license was issued.

“On the other hand, they could be someone with nothing more than an older car, a sat nav and a basic driving license who applied for their private hire license somewhere like Wolverhampton where the requirements are much lower and they might not know where they are driving, may not be able to speak good English and could only have a basic DBS clearance.

“It’s much better to know your driver before you get in the back of their vehicle and that’s why Zoom’s features are passenger friendly.”

A Leicester City Council spokesperson said: “Changes to the law around taxi licensing, brought in by the Deregulation Act 2015, mean that drivers with a private-hire licence from a local authority can use it to operate anywhere in England and Wales.

“We are aware of the concerns of local private hire operators, drivers and passengers. We have supported the calls made by Transport for London for legislative changes to address the problems associated with cross border hiring.

“This formed part of a recent ministerial working party report on the subject, and we await the Government’s response.”