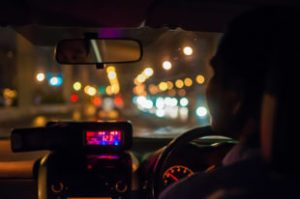 The number of drink driving related deaths and accidents has been falling each year since 1979 but there are still a high number of preventable deaths and injuries.

Christmas time is notorious for people driving over the limit and has been the focus of a number of police campaigns over the years calling for people to take care and watch their alcohol intake if they do get behind the wheel. 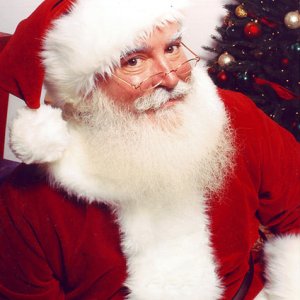 The drink driving still give us plenty to work towards, with the RoSPA reporting that in 2015 200 people were killed, 1,160 seriously injured and 8000 total casualties from people not taking care when they have a drink and decide to drive home.

The reason for the fall can be put down to an increased awareness of the dangers of drink driving, tougher penalties and that getting behind the wheel after a couple of glasses has become more socially unacceptable.

But that still leaves 70,000 people caught drink driving annually at a time when it’s never been easier to arrange safe travel home for you, your friends and family.

Mostly the driver is not the one who suffers the most from an accident. In 2012, 70 pedestrians were killed, 340 passengers seriously injured and 40 children’s lives ended by irresponsible drivers. So even if you know you are going to be safe and book a legal ride home, you need to make sure those around you are doing the same.

Worryingly, in 2016 more drink drivers were caught by Police in between Christmas and New Year than at the same time in 2015; a year in which 12% of breath tests were failed.

The current laws state that any measurement of 80mg/100ml of blood is ‘over the limit’ in England, Wales and Northern Ireland with Scotland reduced to 50mg/100ml.

The North Review of Drink and Drugs Driving Laws 2010 showed that drivers with a blood alcohol level of between 50mg – 80mg/100ml were 2 to 2.5 times more likely to be involved in an accident than those who hadn’t been drinking and those with alcohol in their blood six times more likely to be involved in a fatal accident. 85% of those convicted of a drink driving offence are male.

THE MORNING AFTER THE NIGHT BEFORE

Whilst the number of overall drink driving offences have been falling, Department for Transport (DfT) statistics from 2015 show that ‘morning after’ offences accounted for 13.82% of all drink-driving offences 10 years ago, but that figure has now exceeded 20%.

Research from the Think! anti-drink-driving campaign supports this. It reports that around 5500 people are failing breath tests between 6am and midday every year.

58% of people who have four or more drinks on a night out sometimes drive the following morning, but that only one third of people are aware they could still be over the limit.

Fareed Baloch, COO of Zoom.taxi called on revellers to be drink aware.

“Christmas is a time for celebrating with friends and family, not forgetting the office Christmas party,” he said. “But that doesn’t mean drinking when over the limit is acceptable.”

“It’s so easy to order a safe, legal ride home without risking yours or anyone else’s life, particularly with the latest technology available on your smartphone.

“If your local company uses our App you can download it and book cars in advance – and if someone needs to change their plans at the last minute because they’ve had one too many, you can book a car for them as well.

“It’s particularly good for companies who can use our accounting software to have an account with their local minicab firm with all journeys detailed and invoiced directly to you, making sure all of their staff are safe.

“Remember, the morning after you might still be over the limit so it’s better to be safe than sorry: not just for you. With 40 children killed by drink drivers in 2015 don’t ruin lives instead of ordering a safe minicab home at the touch of a button.”

For those of you still wondering if there’s another option, don’t forget that in 1872 it became an offence to be drunk while in charge of carriages, horses, cattle and steam engines.